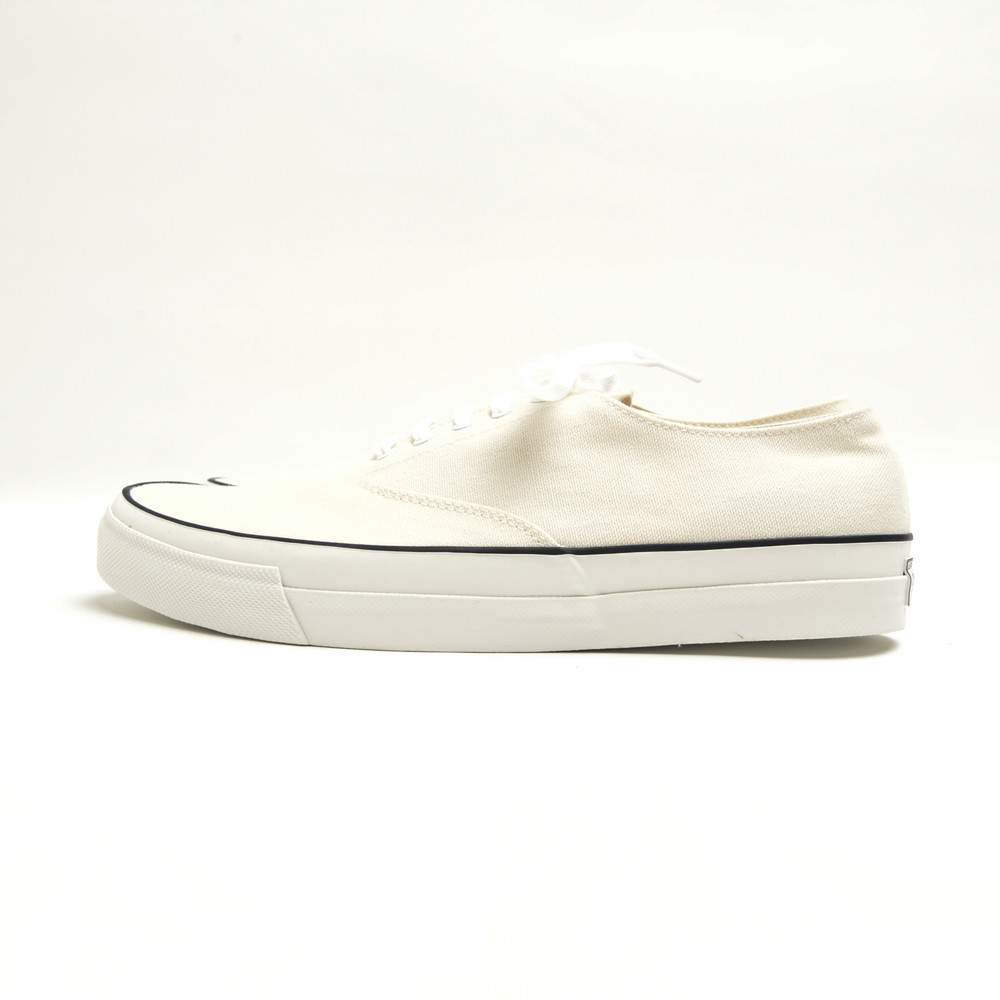 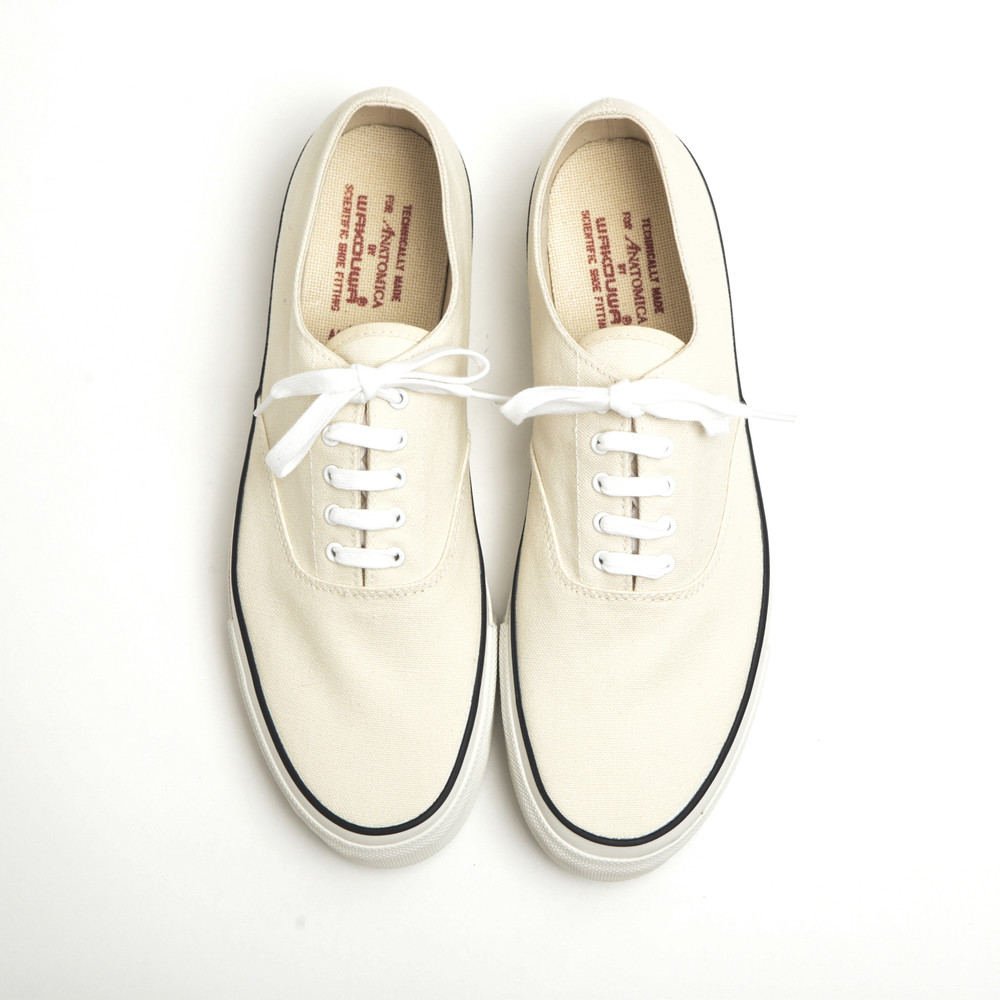 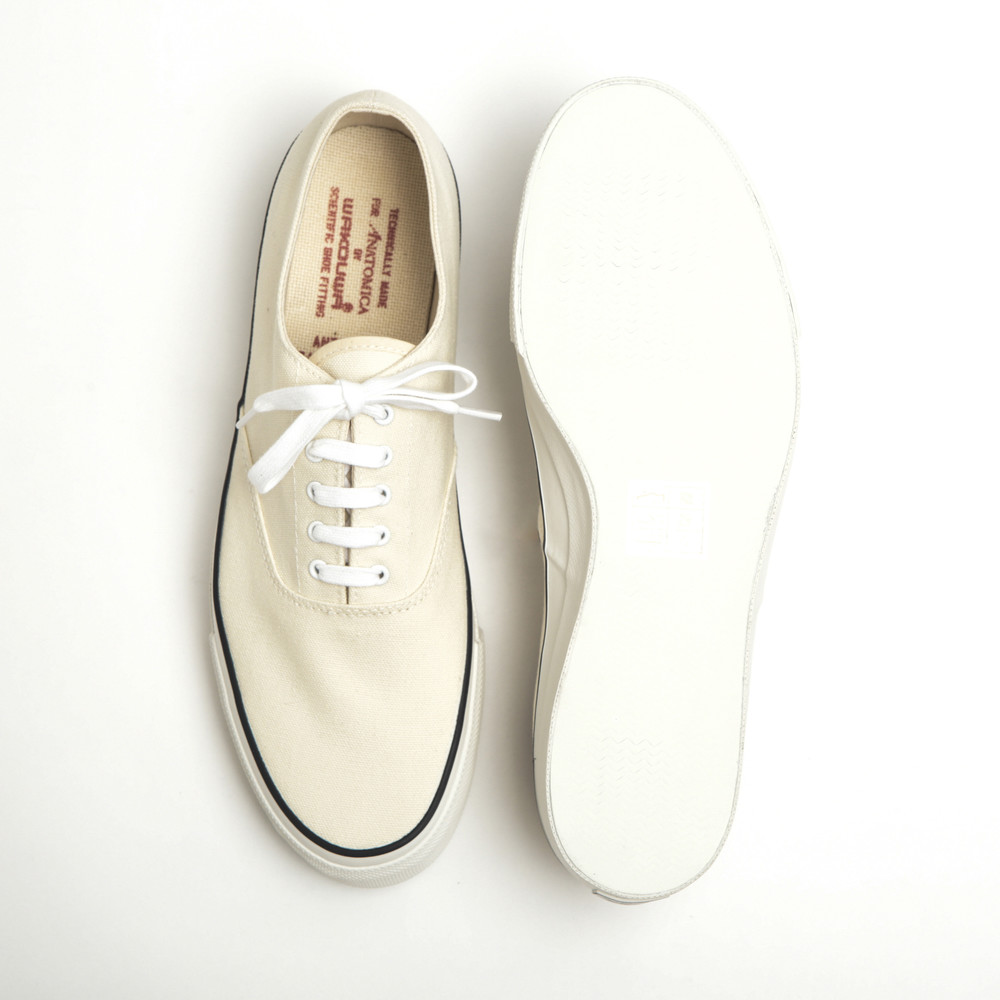 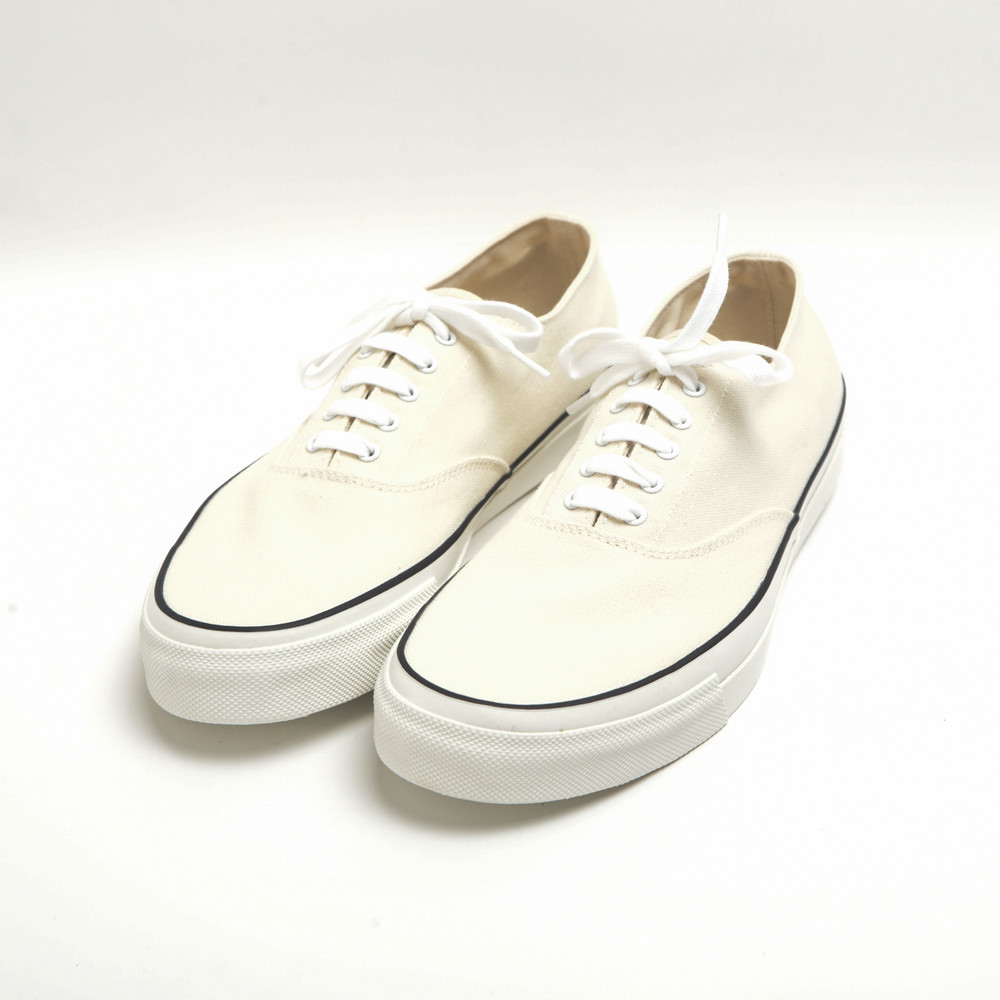 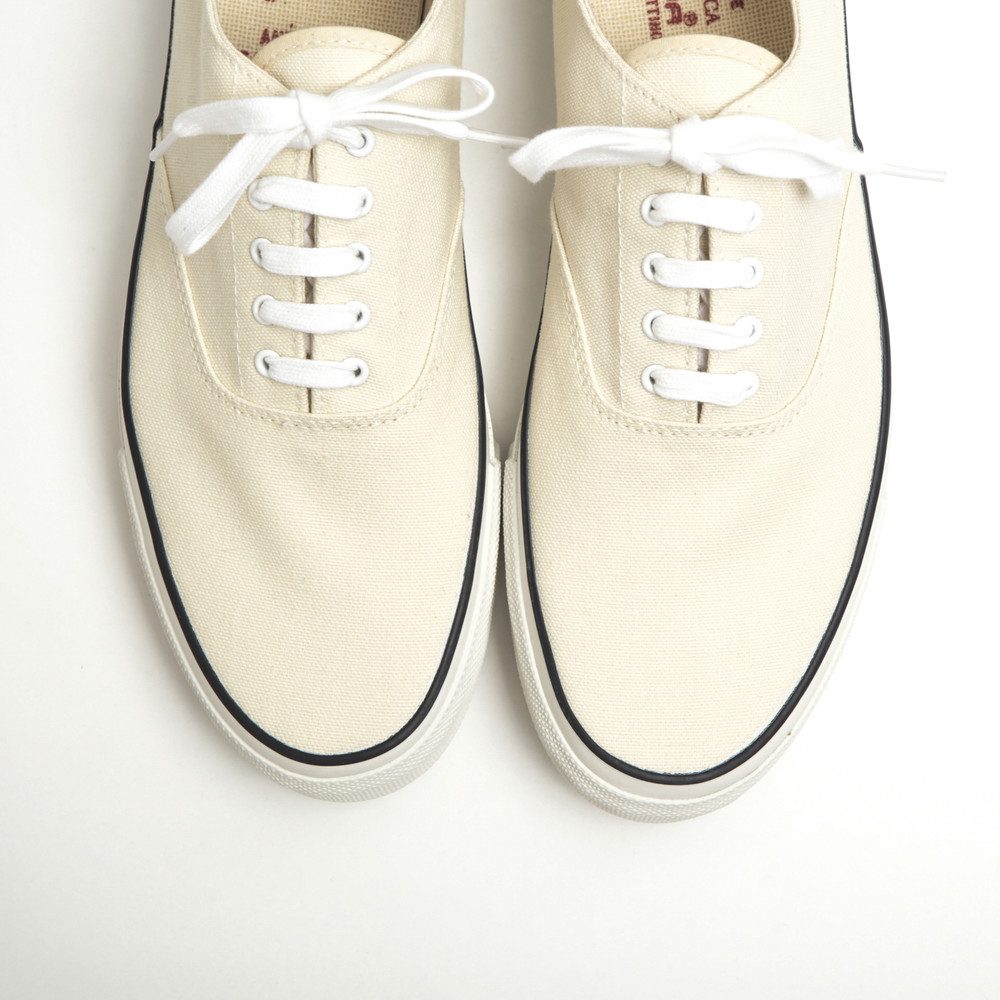 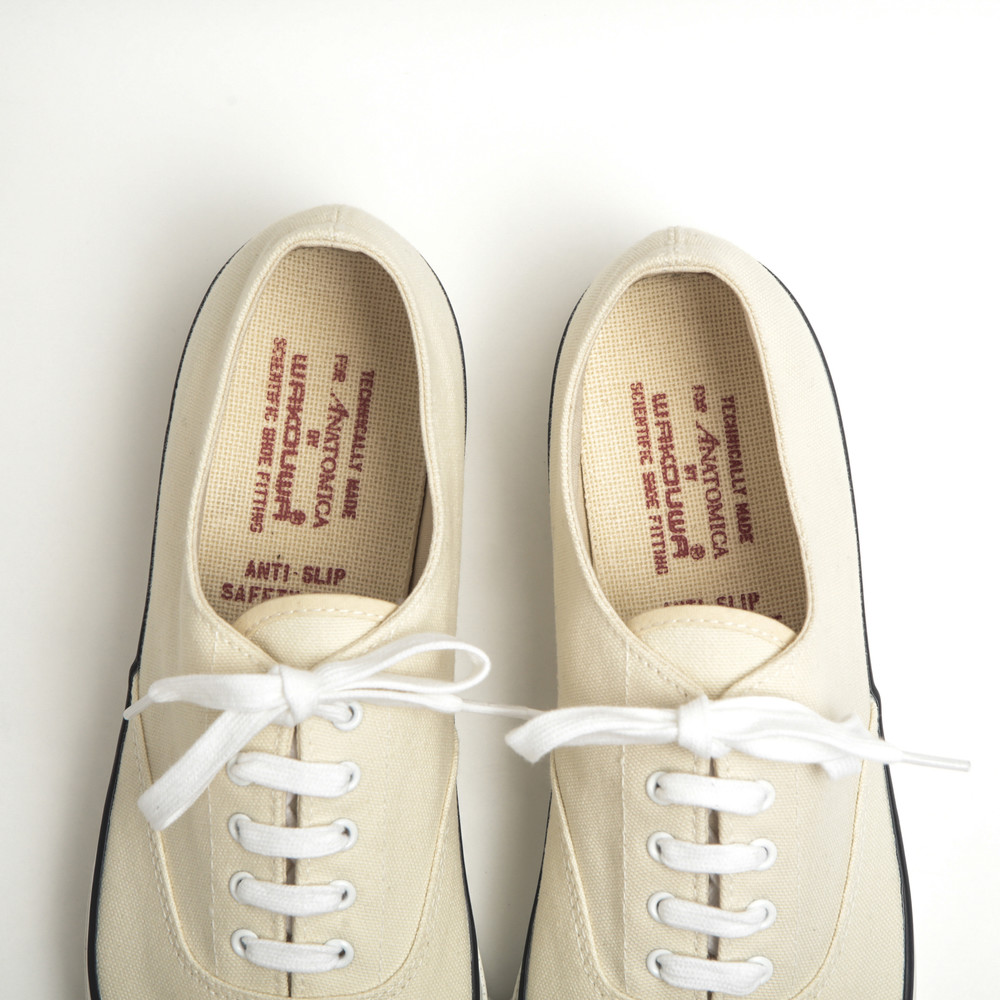 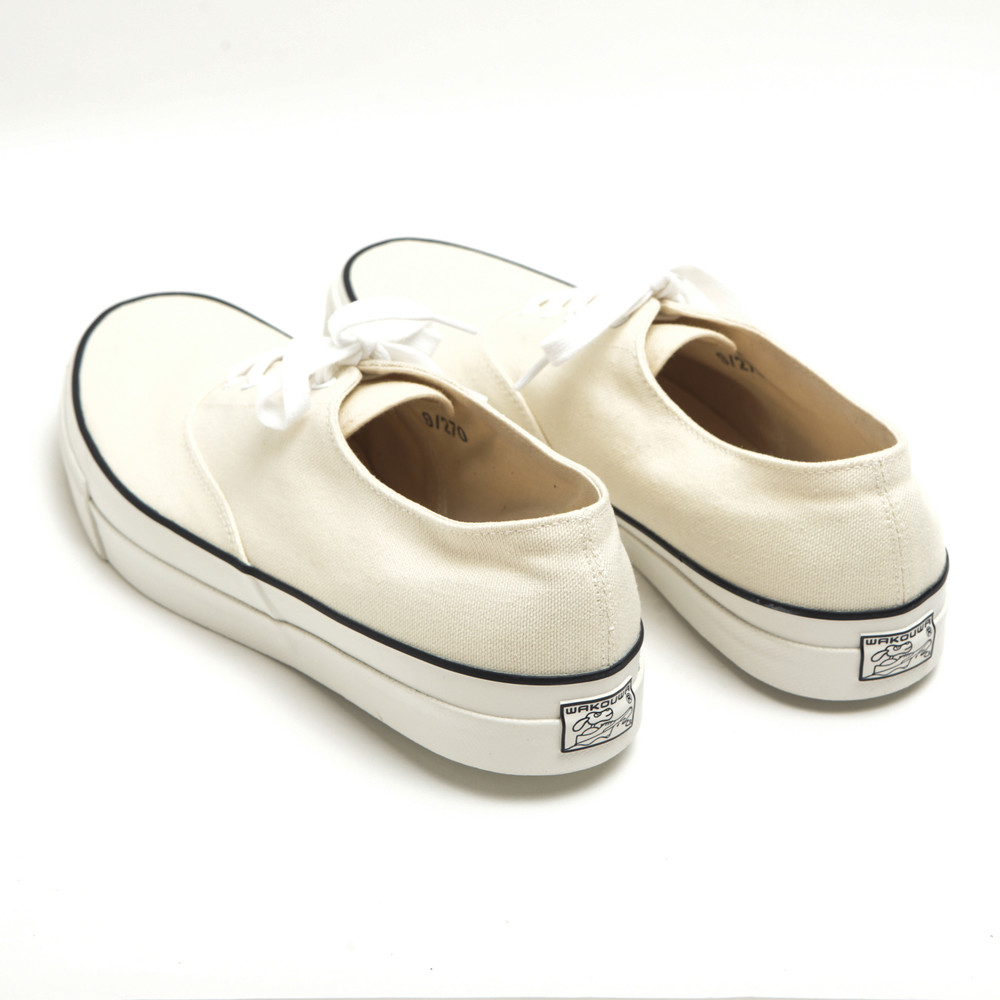 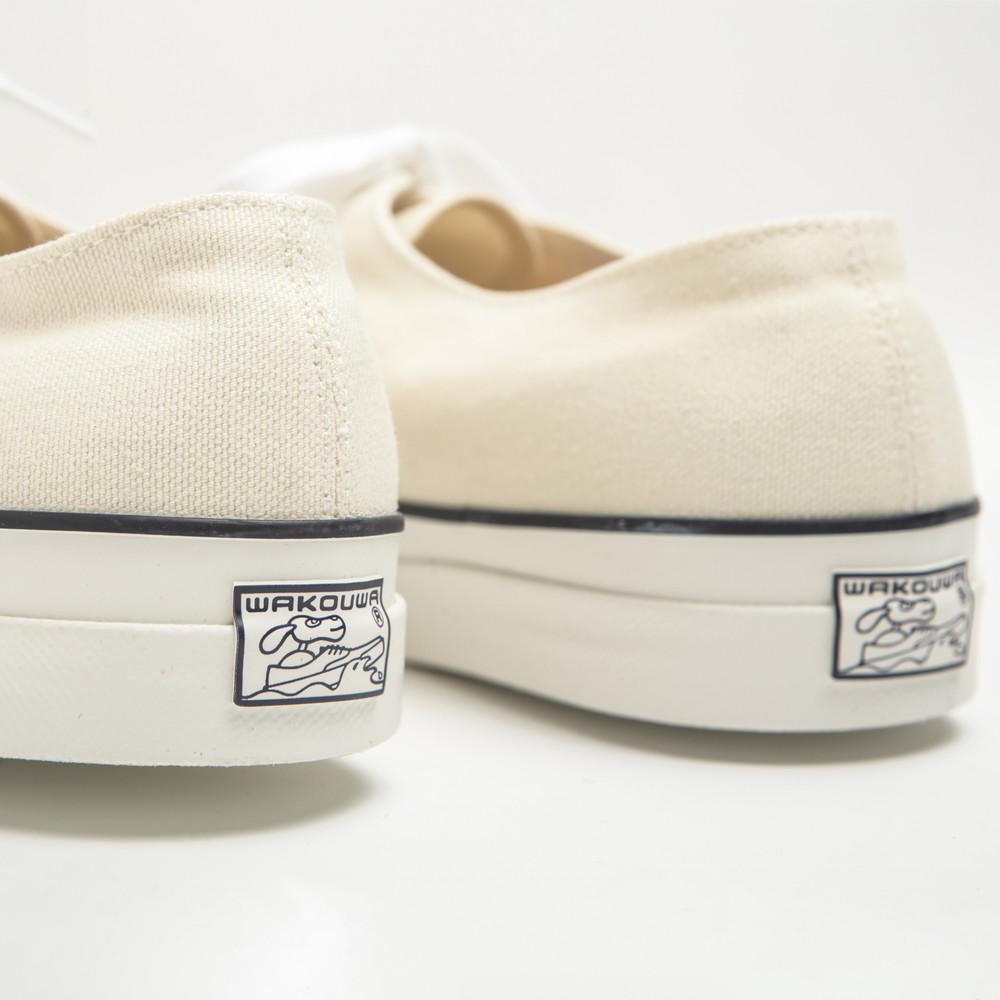 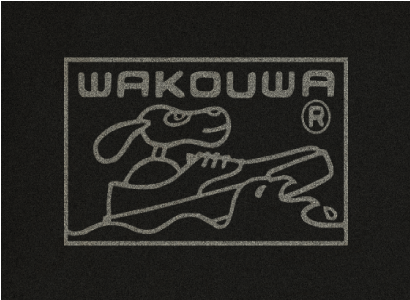 In 2008, a new lines are launched under the brand WAKOUWA. WAKOUWA was originally a brand of wooden toy, made in Switzerland, in the shape of various animals (the dog was the most iconic, but they also made cats, giraffes, cows, and others). As a boy in the 1950s, Pierre coveted these toys, which he saw in the Christmas display at the Bon Marché. He managed to locate a few at flea markets years later, somewhat relieving his frustration at not having had them as a child. Several years ago, Pierre trademarked the name, which was no longer in use; little did he know that thanks to Kinji, he would soon be able to remake, in Japan, the toys he so desired as a child. Hence, in 2008 when Kinji and Pierre greenlight production on their sneakers (after experimenting with 12 different samples), they decide to name the line WAKOUWA. These cloth shoes with non-slip soles were first made in the state of Connecticut, in the USA, where the boat captain Mr. Paul Sperry created a model whose outer sole was inspired by his dog’s paw. He had the revelation one winter day, when everyone but the dog slipped on the frozen deck of his yacht – the gaps between the dog’s spread paw pads created a gripping effect, preventing the dog from sliding. Thus the non-slip sole was invented and lives on today on WAKOUWA sneakers, which bear the motif of a wooden dog. This sneaker collection has since inspired an entire line of nautical clothing and accessories.

We ship to outside of Korea by EMS Premium(UPS) and delivery takes 3~10 days.

Free shipping on orders over $500

Refunds will be given on items returned in their original condition(Returned items must be unused and in the relevant packaging) and returned to us within 7 days after order delivery.

Returned items will be exchanged or refunded (any fees associated with shipping will not be refunded).